The inflatable ball foats in an airstream.

What happens, when the source of the airstream is slowly tilted to one side and brought back to it’s original position?

The Bernoulli family produced a line of important mathematicians in the 17th and 18th centuries. One of them was Swiss-born Daniel Bernoulli (1700-1782). Aside from his work on gambling strategies, he founded the field of fluid mechanics by describing the behaviour of flowing liquids and gasses. Because of the importance of his findings, the phenomenon of the ‘Floating Sphere’ is also called ‘the Bernoulli Effect“. 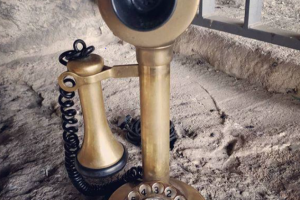